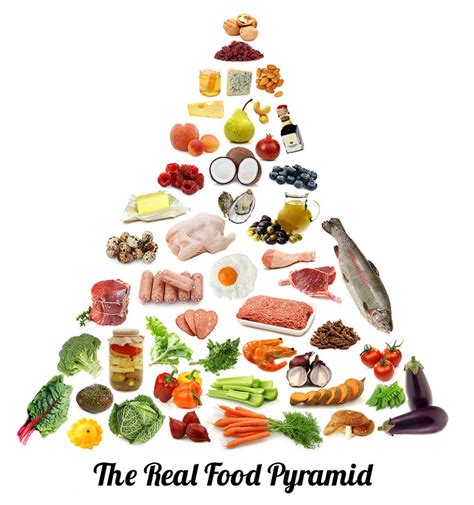 This argument makes vegetarianism or veganism not only a dietary choice an individual makes for their own health, but also adds yet another reason for vegetarians and vegans to believe that their way of life is morally superior than those who choose to eat animals and animal products. I won’t address animal rights in this article – it’s already controversial enough – but I will state my case for why this argument is not necessarily accurate.

Arguments about how eating animals intrinsically releases more carbon into the atmosphere than eating plants ignores our species’ incredibly long history of eating other animals. The real problem with carbon emissions did not begin when humans first started using fire to cook food – something we have done so long that our body specifically evolved a larger small intestine to process cooked food.

The problem here is that a paleo diet rich made of nothing but animal products, fruits, and vegetables can easily be made carbon-neutral. If it were financially viable, the dream diet for a paleo person would be raising their own animals, fruits, and vegetables on their own land. No carbon is released into the atmosphere that did not come from the ground, not even to transport or process the food. A vegetarian diet, however, necessarily requires vitamin B supplementation as well as omega 3 supplementation. It gets even worse if you take a veggie burger as an example: this is a food that cannot be created without carbon-releasing modern technology.

Most vegan and vegetarian diets are high in grains and especially soy, which is vitally necessary since it is the only source of complete proteins available for vegetarians. Unfortunately, farming soybeans and then processing them into tofu requires not only electricity and machines, but sometimes also chemical compounds to transform the raw materials into a processed food. In fact, the problem we have with grains and soybeans is the same problem we have with factory-farmed animals: The factory part.

Even aside from the use of pesticides, soy farming has contributed so much to rainforest destruction that Greenpeace has successfully pushed through a ban on soybean farming on deforested land in Brazil. Slate Magazine has also noted that milk from cows is actually friendlier to the environment than soy milk: creating soymilk calorie for calorie causes more carbon to be released into the atmosphere than cow’s milk – and that’s using data for carbon-releasing grain-fed cows, not carbon-neutral grass-fed cows.

Eating animals isn’t necessarily as destructive to the environment as some vegetarians argue. Or at least, it doesn’t have to be.

First, let me address the problem of animals being fed grains: This problem has a really simple, solution, really: Switch to grass-fed animals. Grass-fed animals, of course, are more expensive, because they require more work and space. However, think about this: Grass-fed animals eat a naturally occurring substance that does not have to be farmed and will never require pesticides of any kind, and turn it into a food humans can eat. Many grass-fed animals are a great source of the very important Omega-3 fatty acids: the same fatty acids that vegetarians and vegans must get from large quantities of flax seeds that have been factory farmed and then processed into omega 3 supplements.

So farming grass-fed animals can, in fact, be perfectly fine for the environment. “But,” you might be saying, “It’s too expensive. It requires too much work to be a viable option for large populations.” Now, I can’t find any source of numbers on whether or not there is enough land to feed the world without reliance on factory farms, but my gut suspects there is. So let me sidestep that and address the financial problem this way:

Wouldn’t it be great if, right here in America, we had more local jobs that made use of our own renewable natural resources and were therefore a source of sustainable economic growth?

I think increasing consumption of grass-fed meats would be great for the economy. We would, perhaps, spend a greater percentage of our GDP on food, but I think we should do that anyway. It might even reduce the percentage of GDP we spend on healthcare, if some of the health claims of Paleo dieters are to be believed.

Now let me address the cow farts: the claim that cows damage the environment because, just by being alive, they release methane into the atmosphere. Now, just like all other living things, when a cow grows and develops, it eats food and takes in energy and chemical compounds. When it dies, it leaves all its chemical compounds behind and some of its energy. Most of the energy, of course, radiates off into space as heat, but this is the problem of entropy, and not a problem with the environment. We’ll be okay with losing energy so long as we continue to have our handy, handy sun radiating vast amounts to us. The problem, ironically, is of course with that very same sun and having enough carbon in the atmosphere that we get too much energy from it in the form of heat.

So cow farts don’t matter in the cosmic scheme of things: the methane cows release is part of a closed loop: no additional carbon is being released into the atmosphere because of cows. It comes from the earth and returns to the earth.

When you dig up gas or oil and burn it, however, you are putting centuries-old buried carbon straight into the atmosphere. That is not part of a closed system and is consequently a much larger problem. It is, in fact, The Big Problem.

The Big Problem is carbon. It is, unfortunately, an overwhelming and widespread problem. You can’t fix it just by eating a certain way.

So where does this leave us? Factory farming of meat is harmful to the environment – vegetarians and non-vegetarians can certainly agree on that – but then again, so is large-scale grain production. Ultimately, of course, we do have to feed our growing populations. This is a complex problem and when it comes down to it, no matter what you eat, food production is causing environmental damage. Eating only organic fruits, veggies, and grass-fed animals does minimize carbon emissions generated from electricity as well as the release of hostile chemicals required to create some processed foods and processed vitamin supplements, but the carbon emissions are never going to be eliminated entirely. You can’t get to the grocery store without driving a car, and the grocery store can’t keep their doors open without using electricity.

Ultimately if we want to be concerned about the environment, perhaps we need to think in the bigger picture. Carbon emissions on the individual level completely pale in comparison to carbon emissions on the macro level. The amount of environmental damage done by slash-and-burn deforestation is phenomenal when compared to the difference between eating locally grown foods vs. foods that needed to be shipped and processed. Or we might consider that in America, we grow three times as much irrigated turf grass than corn. As John Green points out, we use pesticides and fertilizer to grow a crop that no one eats. And then we release more carbon in the atmosphere by running lawnmowers – which are powered by either gas or electricity themselves. Or consider that we still obtain large amounts of our electricity from coal and run our cars on fossil fuels. I respect people who care about the environment, but I think that if a person is trying to make a substantial change, it requires more than simply a shift in diet: we need new technologies for cleaner energy.

And while we’re at it, maybe we can stop fighting about other people’s dietary choices. If we want to make the environment better, we need to cooperate – this is a problem so large collective action is the only way we can get it done. While I myself eat Paleo, I do it primarily because it helped me solve my own health issues. I think perhaps instead of judging each other and expending our energy on trying to get others to live the same lifestyle we do, we should focus on making society-wide changes that will benefit everyone. There are simple, positive changes we can make that will benefit the environment without being divisive – Obviously, passing laws forbidding people to have lawns would upset many people, but trying to increase funding for developing clean sources of energy or alternative-fuel cars are simple, effective ways we can help the environment on a macro scale.

And while we’re at it, maybe working together can stop us from fighting about whose diet is best and most moral. If a person wants to live a vegetarian or vegan lifestyle, this is a personal, moral decision and we should respect it and not violate that person’s autonomy by preaching our own dietary dogma. Each person should make their own decisions when it comes to their own health – even if they decide to eat factory-farmed and processed foods (vegetarian or non-vegetarian) that release carbon, we can work together to address some of the macro problems facing the environment. The planet still nets a benefit, because, again, carbon emissions on the individual level pale in comparison to those on the macro level. And, even better, we stop pointless fighting among ourselves that does neither us nor the planet any favors.