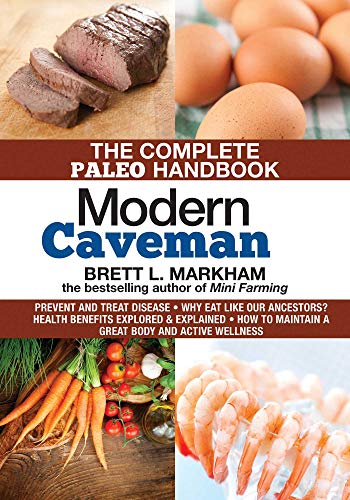 A recent Canadian study has found certain BMI ranges to be more or less correlated with mortality, and quite counter-intuitively the study found that being overweight to mildly obese is the least risky – even somewhat less risky than having a normal BMI.

Here is a summary of the findings: (“Normal weighted” individuals at a BMI of 18.5 to 25 were assigned a risk score of 1.00.)
Since BMI doesn’t distinguish between fat- and muscle mass, theoretically some athletic people in this study may have been mischaracterized as obese, but I think that it is safe to assume that the majority in the higher BMI groups were carrying more mass as fat than subjects with lower BMIs.
So, what’s going on here? Should we interpret this study as a license to be flabby?
Not quite, I think.
I believe that such a blunt measure as BMI (or similar ones that ignore body composition) may only be valid as a predictor in a population with epidemic overt-, or borderline metabolic syndrome.
[Note: “The metabolic syndrome” is the name of a cluster of pathologies such as type 2 diabetes and CVD resulting from insulin resistance in the livercaused by excess fructose, gut irritants (e.g., gluten), and omega 6 fats in the diet. See Peter’s blog for all about this.]
My primary reasons for the above assertion is that when looking at such populations (virtually all in the West) we can be certain that…
1)…many of those individuals who are classified as “underweight” or normal weighted are either sick and malnourished or, most importantly, “skinny-fat”. Being skinny fat (as I used to be, and as are most of those who “can eat anything without gaining weight”) may be especially dangerous because this condition indicates a lack of protective fat cells. Yes, it is becoming clearer and clearer that people who grow obese are protected by their own fat cells against the effects of bad diets compared to those who don’t.
[Digression: The fate of the skinny-fat after, say, the age of 35 is a gradual descent into accelerating metabolic derangement which is at first smartly hidden from sight, but then later may manifest as one or more of the following: high blood pressure, migraines, cancer, hormonal disturbances, mood disorders, pre-mature aging, puffiness in the face, a hint of a double chin, and systemic inflammation. The irony is that these folks believe that they are successfully living the “healthy whole-grain” lifestyle. I know because I was one of them.]

2)…the “overweight” are either muscular (rare) or in the sweet spot of temporarily being protected from the metabolic syndrome by their fat cells (this is the typical chunky guy on the street); and that those who are fatter than that, “obesity class II+”, are beyond protection (which only goes so far) and die early because of it.

However, and this is the kicker, once one has controlled for the metabolic syndrome (or put everyone on a paleo diet for 12 months), a different health equation goes into effect, which kicks these Western BMI studies in their soft underbellies.

Hunter-gatherers’ BMIs are typically in the lower range of what’s considered normal in Western contexts, and their body fat is roughly 10% for males, and 20% for women.

However, given hunter-gatherers’ gold standard health (as documented for example here recently, and in numerous other places) wich by far surpasses what’s considered normal in Western populations, it would be absolutely wrong for these hunter-gatherers to conclude that they should pack on extra weight (aside from muscle), say by eating some pasta or bread, to reach the BMI range with the lowest observed mortality risk by the standard of studies on Western corn-fed, metabolically deranged, people.

Conversely, what non paleo people in general should do is to rid themselves of the metabolic syndrome by adopting modern paleo principles including some high intensity exercise, and let their BMIs go wherever they need to go in that process. (Fat loss towards aesthetic satisfaction is usually part of the same package, but may require more tweaking.)

To sum up: Having a BMI in the “healthy” range according to Western epidemiological studies, yet with the metabolic syndrome still brewing, is not good enough if long term health is one’s goal.
[Editor’s Note: Whereas BMI is flaky at best, A1C or “glycated hemoglobin” may be a good marker for one’s general health status.]
Written by Diana Hsieh.
Modern Paleo